We here at Travel Masters love weddings. After all, we’re in the business of making dreams come true. Here are 5 destinations that are truly unique and offer up a once-in-a-lifetime honeymoon experience. 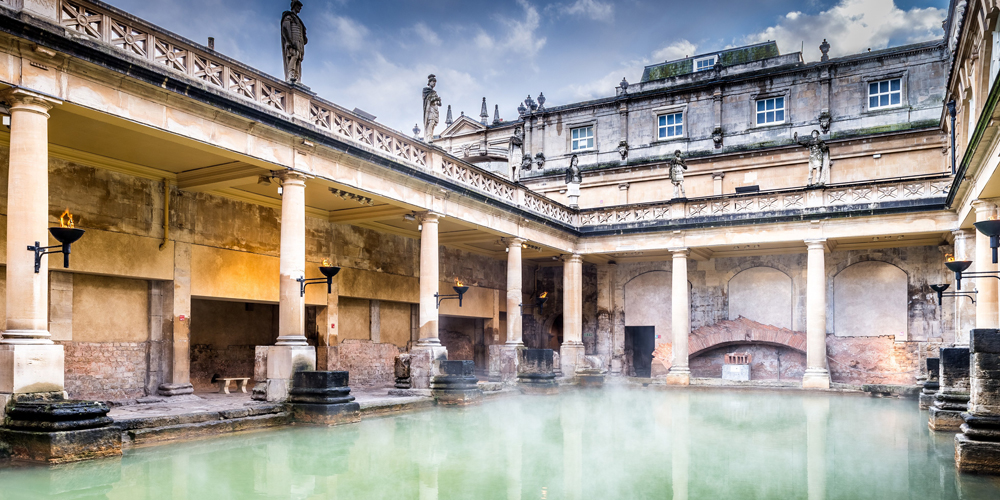 Bath is a UNESCO World Heritage Site and is a unique city of classic beauty and amazing history. Besides the fact that this stunning city has endless activities that newlyweds will enjoy, it’s creme de la creme is it’s most famous landmark the Roman Baths. The baths are founded on natural hot springs formed over 10,000 years ago. These are the best-preserved Roman remains in the world. The Roman baths themselves are below the modern street level and features the Sacred Spring, the Roman Temple, the Roman Bath House, and the museum which holds artifacts from the Roman town. The buildings above street level date from the 19th century. And while they are beautiful to tour, visitors cannot enter the water due to the high levels of contaminants and the still functioning lead pipes that the Romans built. 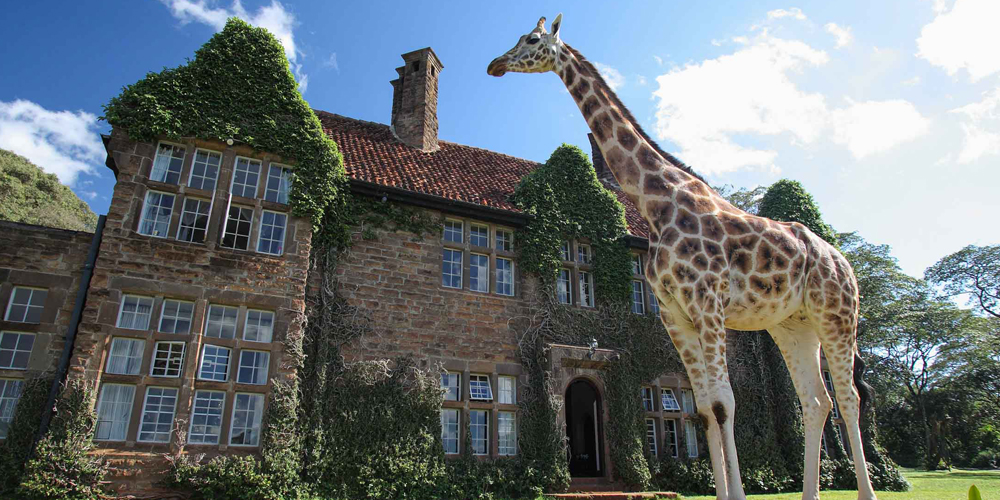 High tea with a giraffe? Giraffe Manor is an exclusive boutique hotel on 12 acres of private land within 140 acres of forest in Nairobi. This gorgeous old, historic English country house dates back to the 1930s. The history of elegant-legged giraffes on its lawns dates back to the 1970s, when Jock and Betty Leslie-Melville first adopted an orphaned Rothschild giraffe, and then another, and then … well, you get the picture. Their lives then became entirely focused on rehabilitating and preserving this threatened species. They developed the giraffe sanctuary on the grounds where guests and giraffes now mingle in the morning and evening. 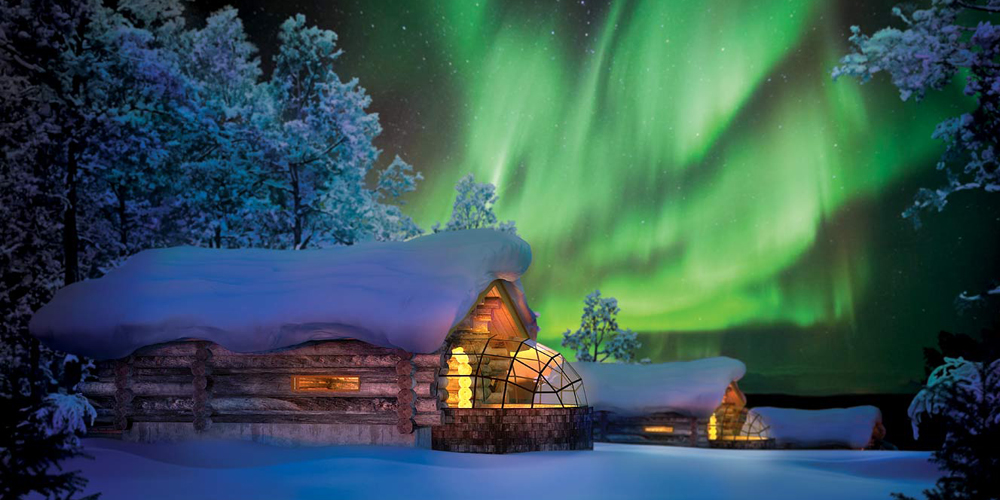 On the edge of the cold, stark Finland wilderness, is a cozy haven called the Kakslauttanen Arctic Resort. It is certainly off the beaten path however, its ultramodern glass igloos prove that you’re not going to be roughing it. The unique travel destination was started back in 1973 when its founder was traveling alone in the winter. As the story goes, his car broke down, and he was forced to make camp near the isolated roadside woods. Instead of thinking of his excursion as a minor stroke of bad luck, he fell in love with the spot and set up a permanent roadside stop that eventually grew up to be the current resort. It should be noted that this spot is an amazing place to see the Northern Lights. 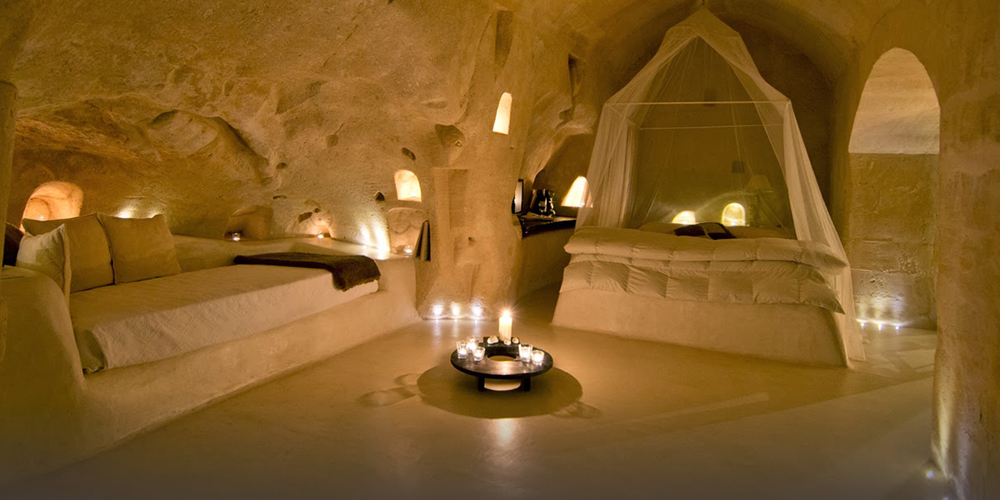 Restored from decaying, abandoned ancient caves in the village of Matera in southern Italy, Sextantio Le Grotte Della Civita offers 18 rooms and an ancient church, the “Cripta della Civita” (now used as a common area) all renovated to retain their original features. It took 10 years to turn these caves into boutique bedrooms and is among the top honeymoon destinations in the world. A UNESCO World Heritage site since 1993, the caves represent a unique hamlet that was once inhabited by people in the stone and bronze age. 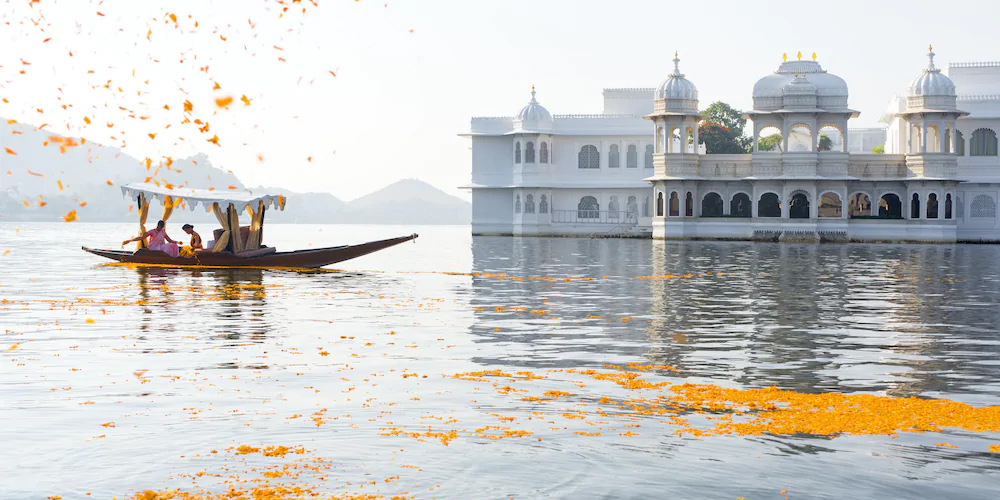 Taj Lake Palace was built sometime between 1743 and 1746 under the direction of the Maharana Jagat Singh II. This floating palace in the middle of Lake Pichola is a five-star luxury hotel and film location and served as a backdrop in “Octopussy” and “Jewel in the Crown”. The floating palace is located across from the larger City Palace in Udaipur, and enjoys 360 degrees of lake and city views from its spot in the tranquil waters. Restored in the 1960s, the hotel includes 66 rooms and 17 suites with around-the-clock butler service. The walls made of black and white marble are adorned by semi-precious stones and ornamented niches. As if that weren’t opulent enough, gardens, fountains, pillared terraces, and columns line its courtyards … can you say luxury?!

Ready to go? Contact us or a preferred experience specialist to start your journey!