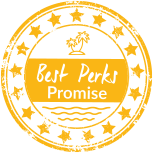 Did you know? Though luaus today are considered to be large feasts, the largest luau to have ever been held was the one King Kamehameha III had in 1847 which is said to have served 300 pigs!

If ever there were a good time to visit Hawaii, it is now! We have reduced rates on several Hawaii packages with savings of up to 25% and other amazing perks like free rooms, free daily breakfast for two, food & beverage credits and much more! Promotion ends March 31/20 so book now!

Take advantage of the perk